Numerous studies have been made to compare the energy that it takes to make photovoltaic solar cells versus the amount of energy that they produce over time. For example: 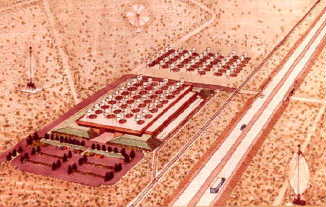 These figures demonstrate that a barrel of oil [equivalent] invested in making solar panels can effectively generate sufficient electricity to recover the investment of that barrel of oil with 4 barrels of oil [equivalent] as a minimum and up to 20 barrels of oil in the optimistic scenario. This is like investing in a savings account at an interest rate ranging from 20% to 100%. At the low end, this is a healthy return on investment!

Crystalline flat plate photovoltaic panels do not fare quite as well as thin-film panels in terms of energy payback time ("EPBT"). For example, at the above-mentioned 1997 conference, system EPBT values ranging from 5 to 10 years were reported for present-day mono-crystalline silicon modules.

While this analysis is more pessimistic than some of the other studies cited, this helps to explain why photovoltaic systems have not been as attractive as other energy investments and thus have been limited to remote applications where transportation of other energy resources (such as combustible fuels) is expensive.

As technology improves, energy performance improves. For example, concentrator systems perform better than crystalline wafer flat plate panels, yielding energy paybacks on the order of 1.5 - 3 years (depending on the specific technology). [This information is based on interviews with professionals in the field. Citations from the scientific literature are being researched.] As energy payback time improves, photovoltaics will achieve economic payback in the general electricity marketplace. For another example, read about more energy-efficient "PV Grade" or "Electronic Grade" Green Silicon.